In the hunt for anti-aging elixirs, a surprising find has come in the form of the French lilac. The drug, Metformin, which is derived from the French lilac, is typically prescribed to help reduce the symptoms associated with diabetes by decreasing glucose levels and helping the body respond better to insulin. That’s huge for pre-diabetics and diabetics alike. Available since 1995, the FDA-approved drug is considered safe, effective, and affordable to treat Type II Diabetes.

But that’s not all. New research suggests that Metformin may hold promise in treating or preventing a whole host of conditions. And among them, the signs and symptoms of aging.

Researchers continue to dig deeper into the potential uses for Metformin because the possibilities seem endless. The drug is thought to increase the pregnancy rate in patients suffering from polycystic ovary syndrome, and it may offer neuroprotection to reduce dementia as well as the risk of stroke. Medical researchers also feel that it might provide breast and prostate cancer benefits.

This is because Metformin seems to prevent the spread of cancer cells. Studies also show that the medication can, in effect, reduce the number of cancers and mortality rates while increasing the effectiveness of radiation and chemotherapy. And I’m living proof. When I was diagnosed with prostate cancer, I took Metformin along with green tea extract, and it helped me eliminate any trace of cancer quickly. Therefore, some medical researchers have referred to Metformin as a “wonder drug.” It might not be a cure-all, but I can attest that it does have numerous benefits. In my case, early detection combined with metformin and an extract of green tea protected my quality of, and may even have saved, my life.

As discussed previously, mitochondria are the powerhouse of the cell. Metformin essentially works on mitochondria to inhibit energy production. As a result, it fosters the illusion that the cell is being starved. When that happens, the cell makes what’s called activated protein kinase (AMPK), an enzymic protein. It’s considered the “metabolic master switch.” And the missing piece of the puzzle.

This protein improves insulin sensitivity, stops the production of fatty acids, and blocks sugar absorption in the intestines, all of which helps to stave off obesity. By decreasing oxidative stress and inflammation, it could also prevent Alzheimer’s and heart disease.

Now, it also holds the promise of helping us live longer and better. 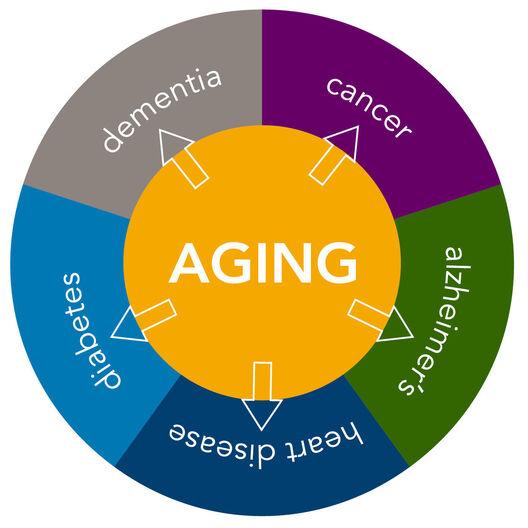 In terms of aging, Metformin may preserve cognitive function and reduce mortality. There are a few key clues or breadcrumbs researchers are following to better understand how this might be possible.

The Targeting Aging with Metformin (TAME) Trial is a series of nationwide, six-year clinical trials at 14 leading research institutions across the country that will utilize over 3,000 individuals between the ages of 65-79. The goal is to prove that aging is treatable.

In addition to potentially helping to treat numerous diseases, Metformin may also influence processes that are associated with the development of age-related conditions. As a result, the TAME trial is urging the FDA to consider aging an “indication” for classification purposes. If that happens, then aging can be tackled head-on rather than piecemeal through treating individual diseases or ailments.

The only problem is that the TAME researchers need to raise enough money to conduct the trials. The ask is for $42 million, and $11 million has been raised thus far. Meaning, funding continues to stall the progress being made in the medical approach to aging.

So, what, if anything, can you do right now?

First, you can speak with your physician regarding Metformin even if you don’t have Type II Diabetes. Despite the FDA not yet approving it for your specific condition, your physician can prescribe it “off-label,” which means for illnesses or symptoms not necessarily associated with what the FDA approved the drug for. Not all doctors are willing to do this, though.

If you do start a Metformin regimen, it’s important to build up the dosage gradually and take it with food to avoid stomach issues that can occur as a side effect. Typically, these side effects impact patients using the drug to treat diabetes rather than aging. But it’s good to know going into it.

If a prescription is out of the question, there are also a few over-the-counter alternatives. These are called Gynostemma and Berberine. Both have been used in Chinese medicine for many years. Gynostemma pentaphyllum is a plant distantly related to the cucumber, and Berberine is extracted from several different plants, including a group of shrubs called Berberis. A few of the other plants include goldenseal, barberry, Oregon grape, and tree turmeric. Both options are sold in vitamin or dietary supplement stores as well as online.

That being said, you should always consult with your physician before trying something new. And everyone’s body is different, so what works for one person might not work for another. As the commercials say, results may vary. Do your homework and advocate for your health.

Metformin, which is derived from the French lilac, is typically prescribed to help reduce the symptoms associated with diabetes. But that’s not all. New research suggests that Metformin may hold promise in treating or preventing a whole host of conditions. And among them, the signs of aging. Metformin may preserve cognitive function and reduce mortality. There are a few key clues or breadcrumbs researchers are following to better understand how this might be possible. Metformin may also influence processes that are associated with the development of age-related conditions. These are all very exciting developments to better combat the signs of aging.